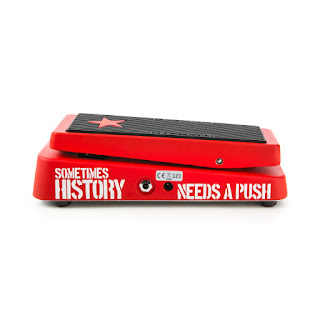 Hollywood is notoriously full of "limousine liberals" and "champagne socialists". Musicians tend to be left-wing as well. I'm not sure if they are actually sincere. Rich egalitarians are indeed hypocrites; if you are an (income/wealth/luck) egalitarian, you shouldn't be rich.  Given what we know about political affiliation, it's more likely that such politics is partly tribal identity and partly brand management.

Yet when people complain about the top 0.1% or 0.01%, they don't usually have these celebrities in mind. Notice--and I'm not the first to point this out--that people who resent the 1%, 0.1%, or 0.01% rarely resent wealthy celebrities. They resent Wall Street investors, real estate developers, tech leaders, inventors, or the CEOs of the companies that make their shoes, phones, and laptops. If one thinks the rich are evil and exploitative, or simply that amassing more wealth than one needs while so many people suffer is immoral, why wouldn't one also despise Morello, Watson, and Bono? (This Guardian article suggests this is changing.)

1. Celebrities tend to be physically attractive. Lots of research shows we are biased towards pretty people. We hold them to lower moral standards, suck up to them, and tend to assume they are smarter and better than others.

2. TV, movie, and music celebrities make products which manipulate our emotions. We consume their products and feel a personal connection with them. The value we get from their work is clear and obvious to us--"Tom Hanks made me experience all those deep feelings during Saving Private Ryan"--and as a result, we don't resent them being rewarded so greatly for creating that value. In contrast, the value that most other rich people create is rather invisible to us, because it involves them making marginal contributions inside a large chain of causation. The average person can see how Tom Hanks has made their life better, but thanks to the I, Pencil problem, they can't quite see what Tim Cook has done for them.

3. Celebrities are, well, celebrities. Once many people admire someone, conformity effects set in and others admire them too. When someone is in People or on TMZ, they acquire a kind of mythic status. People flock to see them or spy on their personal lives. Their personal prestige protects them from resentment. Notice that the billionaires and millionaires who become TMZ-style celebrities are largely immune from egalitarian resentment. For instance, many of the people on the WallStreetBets Reddit who "invested" in GameStop expressly stated that they wanted to soak and hurt the "rich," but they were also excited to have support from celebrity billionaires such as Mark Cuban and Elon Musk.

4. Simple tribalism: Political tribes are for the most part not really about policy or ideology. The ideology is a belief system which serves as an expensive signal of loyalty to the in-group. While people will vocally and enthusiastically affirm it, they don't really believe it. This explains why hardly anyone is ideologically consistent. Most people make excuses for or simply ignore wrong-doing or hypocritical behavior within their own tribe, but then will pounce on every perceived slight or transgression on the opposing tribes. Since TV, film, and music celebrities tend to be high-prestige members of the leftist tribe, they get a pass on their wealth, much as Nancy Pelosi, John Kerry, or Al Gore do.