Why We Should Cancel Dr. Seuss: How the Sneetches Perpetuates Racism 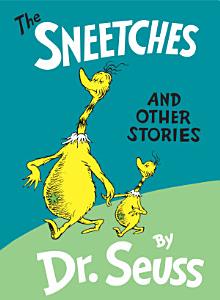 Dr. Seuss may have been progressive and significantly more anti-racist than the people around him, and have had a strong hand in reducing the overall degree of racism from his readers. However, people are not to be judged or measured by how much progress they make against their background conditions, but instead whether they conform to the dictates of White Fragility.

Others have focused on what is indeed racist imagery in some of Dr. Seuss's works. But since I am an elite anti-racist, I wish to demonstrate how Seuss's later, seemingly anti-racist work is actually very racist.

Consider Seuss's most clearly "anti-racist" story, The Sneetches. Here, we are introduced to two types of humanoid birds, sneetches whose bellies have stars and those who have none upon thars. The star-bellied sneetches look down on the starless sneetches and won't let them play ball or cavort on their beaches. But along comes Sylvester McMonkey McBean, who sells admission to two of his inventions. One removes stars while the other implants them. The starless sneetches pay to have stars implanted, so they will look like the more elite sneetches, but then the elite starred sneetches pay to have their stars removed so as to retain the difference. If this reminds you of how upper-middle-class college-educated white people purposefully avoid consuming cultural materials the uneducated white people consume, well, that's a total coincidence. Anyways, this star-switching continues haphazardly until the end, when no one can remember who started with stars and who didn't. The Sneetches then discover that, really, they are all the same. They decide to be friends based on genuine personal characteristics and individual virtues instead of the presence of star-bellies. Dr. Seuss makes it clear that he believes the categorization of star-bellied vs. starless is a destructive social construct. He presents the eradication of this social construct at the end of the story as a positive thing, rather than as something to be mourned.

Obviously, this is a horrible, racist idea.

First, notice what Dr. Seuss is in effect saying: Skin color doesn't matter. We should stop judging people based upon their skin. Since the starred vs. unstarred social construct turns out to be socially destructive, in the end, the Sneetches overcome and dispense with this social construct.

But today we know better. On the contrary, to be anti-racist means forming snap judgments about people based upon their race, to ignore individual merit and demerit and instead impugn everyone with a collective identity. Seeing individual people as individual people rather as token members of their racial categories is the epitome of contemporary racism. Our individual identities are tertiary matters. Just as Christians hold that all humans are guilty of original sin despite not having personally eaten the fruit of the tree of knowledge, so today we realize that anti-racism means assigning white people whatever sins their ancestors committed.

Of course, this concept of original racial sin applies to white people only. Anti-racism means we are to regard non-white people as largely passive, helpless agents; non-white peoples' own histories of colonialism and imperialism count for nothing.

History teaches us again and again that the way to reduce conflict and improve cooperation is to encourage people to divide the world quickly into "good people" and "bad people" based on visual categories. As we know, every time people have done this in the past, it stopped oppression. In contrast, when people avoid segregating people into in-groups and out-groups, oppression always and everywhere persists. Indeed, discussions of "eliminating socially destructive social constructs" are usually driven by the desire to perpetuate these very constructs.

Further, The Sneetches is clearly a swipe at people like DiAngelo. After all, DiAngelo, like McMonkey McBean, makes lots of money by offering partial but incomplete solutions to people's racism. By portraying McMonkey McBean as an absurdly opportunistic sociopath, Seuss is in effect describing DiAngelo as an absurdly opportunistic sociopath. But that's not fair. After all, DiAngelo strongly encourages us to continue to categorize people by race, while McMonkey McBean's actions eliminate the possibility of racism by destroying people's capacity to think in terms of race. There's nothing more racist than that!

Finally, notice that McMonkey McBean has an Irish-sounding name. As a non-white, Irish person, I've notice that Seuss frequently uses the "Mc" prefix in his cartoon names when he wants to make a character seem silly or ridiculous. This reveals Seuss's own anti-Irish racism--a form of racism which continues to pervade universities to this day, and from which even the high priest of anti-racism DiAngelo suffers. (DiAngelo regards Irish people as white, which means she endorses and perpetuates British imperialism and erasure of Irish identity. It is thus morally imperative that she be cancelled, and if you buy her new book, you are a racist.)  Could you imagine if Seuss used, say, Swahili-sounding names like this in the effort to make someone seem silly or ridiculous? But of course in the United States, a remnant of the British empire, anti-Irish racism is not only permitted, but routinely condoned.

Cancel Dr. Seuss. A world in which no one pays attention to whether sneetches have stars or none upon thars is nothing to celebrate. To dream of a world in which all people sing together "free at last" is a KKK fantasy.